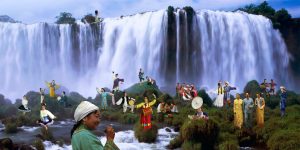 How does the mass media describe minority nationalities of China in 21st century? The image of ethnic minorities in many people views are more marginalized, but the nation is a long-term sustainability of the world’s major problems. Nationality Pictorial is an issue by the State party and government organs, as long as 50 years of publication. Illustrated cover of the author of the study,analysis of the cover image – all very similar in each generation.

Works used to imitate the way before making a part of Nationality Pictorial cover. Through video and photographs, re-interpreting the cover at the time of the composition, pattern, color, characters, costumes and so on, to reproduce a stereotyped image of the cover of
the aesthetic trend of the times listed in side-by-side in the flood of the nation to show the different perspectives on the mode of take the place of question, and expressed their continued concern about national issues. 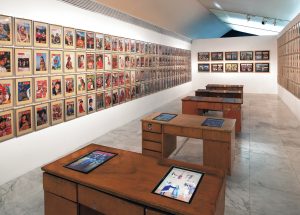